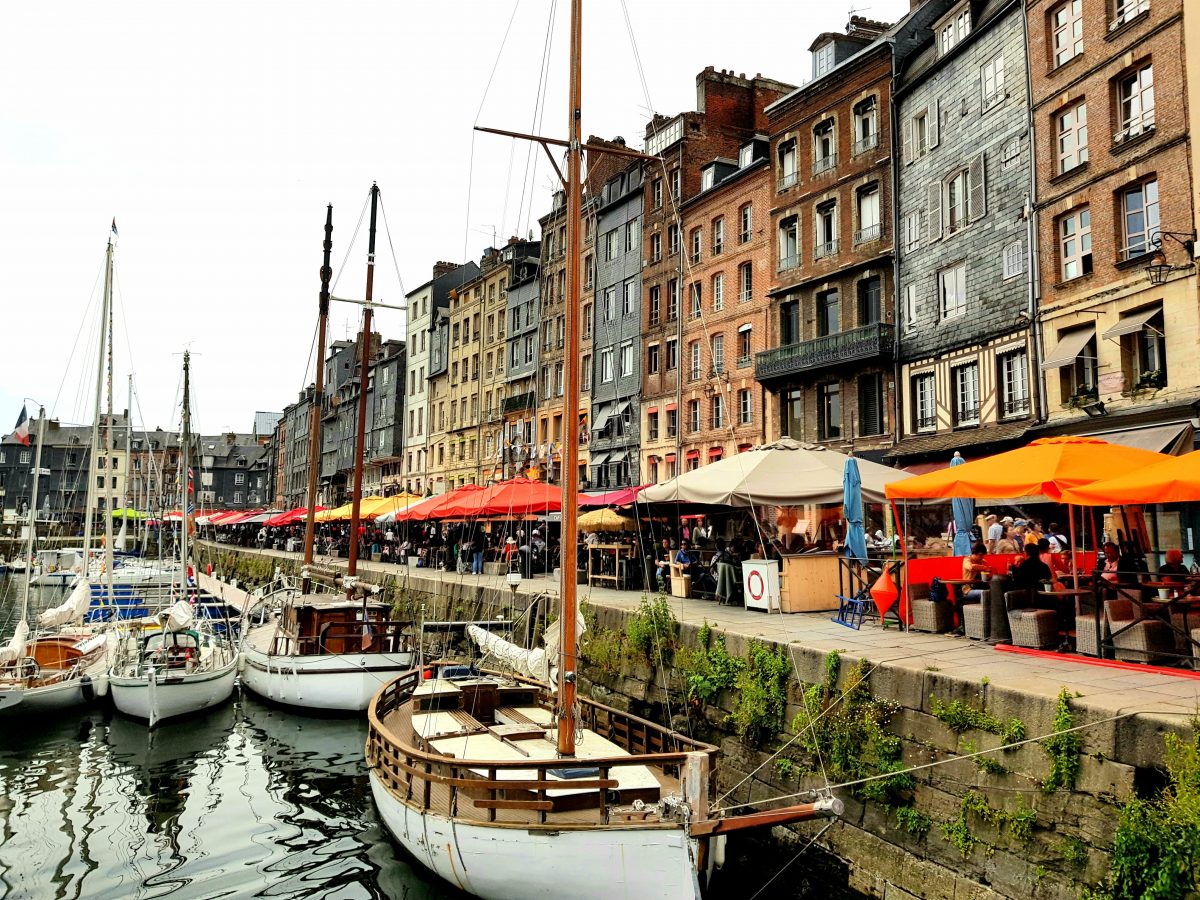 Honfleur, located in the lower Normandy region of France, has finally been discovered.

One of the few remaining old-style ports in Normandy, this tiny fishing village for so long remained in the shadows, but gradually the tourists hordes are becoming aware of its picturesque charm.

Indeed, despite a plethora of restaurants, cafes, shops, making it every inch a commercial village, it still manages to maintain its small-town façade.

The main attraction of Honfleur is the harbour, where fishing vessels lie next to small pleasure boats. A perfect place to stroll around without a care in the world.

As for eating, the restaurants – and there are many – all inevitably offer fresh fish and the town is a seafood-lover’s delight

The streets, meanwhile, are small and mostly cobblestones, adding to the village’s attraction. The main square has several terraces, and is also a great place to relax.

The town’s shops all have colourful facades, but most offer touristy articles. The old fort, at least what’s left of it, dominates the harbour and you can take a horse & buggy ride around town if walking-fatigue sets in.

There is a distinctly old church (Saint Catherine), made out of wood (built in the 15th century), which is worth a visit. The Saint Etienne church, meanwhile, was built in the 14th century, has a maritime museum, and is also an impressive sight.

Honfleur celebrates its lifeline with a large shrimp festival every October, so if you’re quick you could still catch it.

The festival celebrates its 10th anniversary in 2004 so you could be there for a landmark occasion.