Australia often comes out on top of polls about what destinations holidaymakers are thinking about visiting next.

Travelling to Italy and Hawaii also come high up the list, showing that travellers seem to be going back to basics when it comes to holiday decisions, as trendy hotspots from last year such as Prague and Krakow fall out of favour.

And if you are to head to Australia, then perhaps the best city you can visit is Melbourne. The capital of Victoria prides itself on its wonderful diversity and vibrancy, claiming to be the culture capital of Australia. 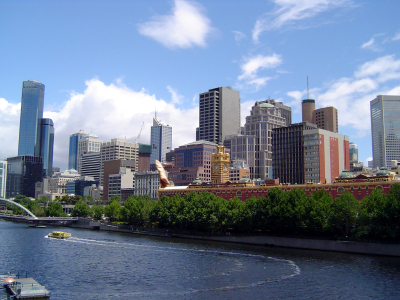 Its multi-culturalism can be traced back to the big post-war immigration push that heralded the arrival of many Greeks and Italians to the area. It is the third largest Greek city in the world, and the largest Italian city outside of Italy itself. In total, a quarter of Melbourne’s population is born overseas.

Melbourne boasts a range of restaurants to tickle all tastebuds, it is fantastic for shopping, the nightlife won’t disappoint and theatre fans will also find plenty to entertain them.

As with most parts of Australia, you will be greeted by easy-going and friendly locals who are more than happy to make your acquaintance. But as followers of sports such as rugby and cricket will know, they are also a competitive bunch, and you will notice that their passion for outdoor activities is unparalleled.

Melbourne was the birthplace of that most typical of Aussie pastimes, Australian Rules Football, and also stages one of the world’s most famous horse races, the Melbourne Cup. This event is so big that it more or less guarantees grinding the entire nation’s workforce to a halt. Melbourne is also the annual venue for the Australian Open tennis and the Australian Formula 1 Grand Prix. For the time being though, don’t mention the cricket!

While most Brits would normally associate Down Under with endless sunshine, Melbourne actually has a reputation of weather that is more on the wild side, with locals joking that you can experience all four seasons in just one day. Nevertheless, you can be assured plenty of hot weather to maximise your time spent at the beach.

Perhaps the most famous Melbourne beach is that of St Kilda, delightfully picturesque, with plenty of funky cafes, music venues and restaurants. Sampling the fresh seafood is an absolute must, as it is as good as you will get.

For great views of the city, head to the Melbourne Observation Deck, part of the World Federation of Great Towers. Soaring 253 metres above the city you will be impressed. Another good way to get a feel for the city is to go on a Melbourne River Cruise, which will allow you a closer look as you meander your way along.

One of the more recognisable features of Melbourne is the Shrine of Remembrance, on St Kilda Road, which commemorates the people of Victoria who served in the war, including some beautiful gardens.

Shopping lovers should make a beeline for Queen Victoria Market. It is open on Tuesdays, and from Thursday until Sunday, and perfectly reflects the diversity that Melbourne emanates as a whole.

Other fun attractions include a visit to Old Melbourne Gaol and Cook’s Cottage, while you can also explore radically different styles within the city by venturing into Chinatown or the Greek Precinct.